CML Blog: The Transformations and Translocations Strand visit Ghent for a Workshop on the Liber Floridus

On the 24th and 25th of October 2019, CML researchers working in the Transformations and Translocations strand met with colleagues at the University of Ghent for a workshop on the Liber Floridus, a manuscript completed in circa 1121 by Lambert, a canon of St Omer (in the twelfth century a part of the County of Flanders). A number of copies survive, but the autograph copy, penned by Lambert himself, has been preserved in Ghent University Library (MS 92) since the thirteenth century. Best characterised as an encyclopaedic compilation, it contains across its 287 numbered folios texts, images, and diagrams on subjects ranging from astronomy to geography, natural history, history, theology, food, mathematics, botany, and countless others.

The workshop represented the culmination of a series of video-seminars and talks organised by CML’s Elizabeth Tyler in collaboration with Wim Verbaal in Ghent. In these, we had tested a connective, comparative approach to this fundamentally comparative, connective book – bringing together the varied specialisms in the T&T strand, in short presentations, in an attempt to unlock continuities (as well as discontinuities) in the book’s diverse forms, images, genres, and source materials. This approach helped us to focus larger, more theoretical questions about the manuscript, often insufficiently probed in existing scholarship: for example, how to conceptualise Lambert’s relationship to other authors, historical or contemporary; what the book can tell us about the ‘meaning’ of compilation as a medieval literary practice; the extent of its ‘encyclopaedism’; and how to contextualise its integrated approach to the verbal and visual. In Ghent we were able to pursue these questions with greater precision and at greater length, through a series of ten papers – and in the presence of the autograph itself.

The first day was opened by Jeroen Deploige (University of Ghent), with an historical introduction to Lambert’s life, which stimulated discussion of how far social, political, and urban context are reflected in the manuscript’s contents. From here we moved to consider Lambert’s process: Hanna Vorholt’s paper (History of Art, University of York) situated the LF alongside the BL Cotton Fragments as models for the process of knowledge compilation and collaboration found in thefifteenth-century Chronicon Aldenburgensis. George Younge and Lauren Stokeld (both CML, York) jointly discussed a more specific element in its composition, arguing Lambert most likely used extracts from the F version of the Anglo-Saxon Chronicle – possibly brought to St Omer as a continental digest of English history by Anselm in the early 1100s.

Continuing to trace clues to historiographical sources, Elizabeth Tyler presented on resemblances between the visual techniques deployed in the Octavian Augustus image (138v-139r) and the verbal imagery of circles and compasses used to introduce the historical centrality of Queen Emma of Normandy in the Enconium Emmae Reginae (by a monk of St Bertin; eleventh century). Our final paper of the day, from Jane Gilbert (UCL), carried on the focus on formal choices and structuring devices, in a more theoretical mode – exploring the potential of rhythm as a tool of analysis for how knowledge is scaled and organised. After continuing our discussions in the Library, with the autograph, we were honoured to have a keynote lecture from Albert Derolez, expert on the codicology and palaeography of the LF, who, having worked on the manuscript unbound, showed us the book as it evolved between 1106 and 1121, broken down into individual phases and sets of quires – provoking a discussion of how thematic connections and disconnections were worked out in time.

Rosa Maria Rodriguez Porto (CML, Odense), gave the first paper on Day Two, ‘Tabulae, figurae, immagines agentes: the past in motion’, which returned us to questions of form and image not just as containers for, but as interpreting, orienting and patterning (specifically historical) material. Divna Manolova (CML, York) explored the mapping of astronomical information, and the problem of whether depictions of the constellations (89r–91v) are to be read as figures, that introduce the narrative of the skies, or as diagrams, that allow for the imaginative expansion of space. Dinah Wouters (Ghent) and Julian Yolles (CML, Odense) both discussed how Lambert presented Christianity’s confrontation with Judaism – Dinah’s paper dealing with Lambert’s use of coloured lettering to give an asymmetrical presentation of opponents in Jewish-Christian debate extracts; and Julian’s with the presence of crusade-related texts, references to the Temple of the Earthly Jerusalem, and the various individuals in the Latin East with connections to St. Omer as indicative of a ‘Flemish pipeline’, facilitating the exchange of ideas and texts. Finally, Wim Verbaal brought us full circle with a paper on the LF as an essentially round construction, whose arrangements (of material into sphaerae, but also of folios echoing and speaking to one another across sections) imply an effort to represent temporality resolving into an eternal ‘world view’.

The discoveries and connections that emerged over these two days affirmed the space for a fresh, comparative, collaborative approach to this astounding twelfth-century compilation – one that illuminates its pages specifically by pointing beyond them, to the networks of writers, traditions, subjects, and specialisms they seem to enmesh. 2020, the eve of the autograph’s 900thbirthday, will bring more news of how we hope to develop this project. 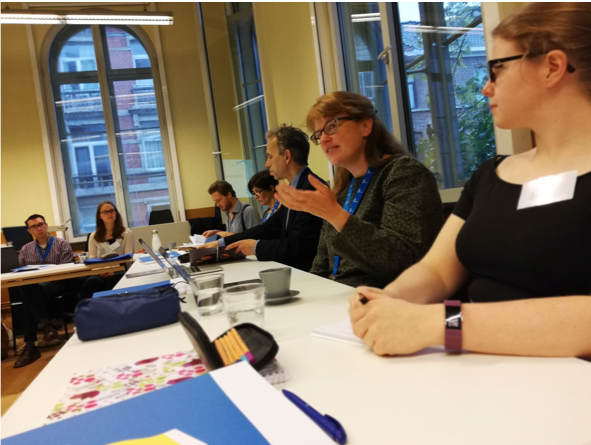 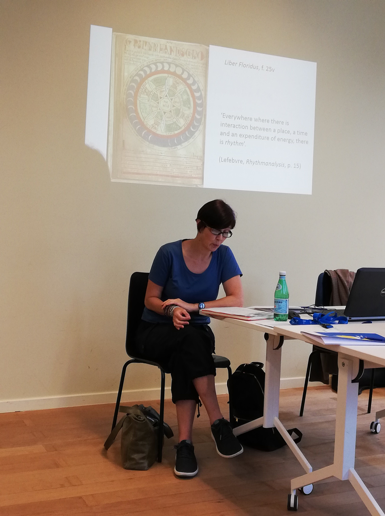 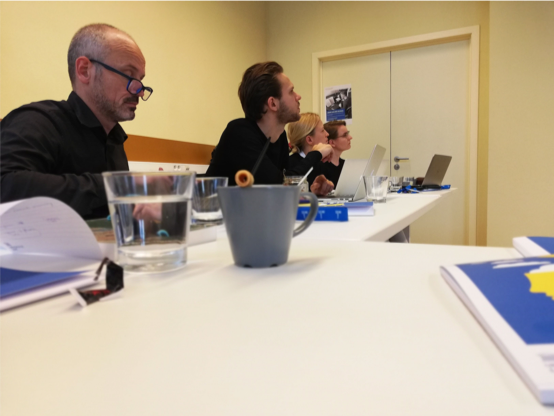 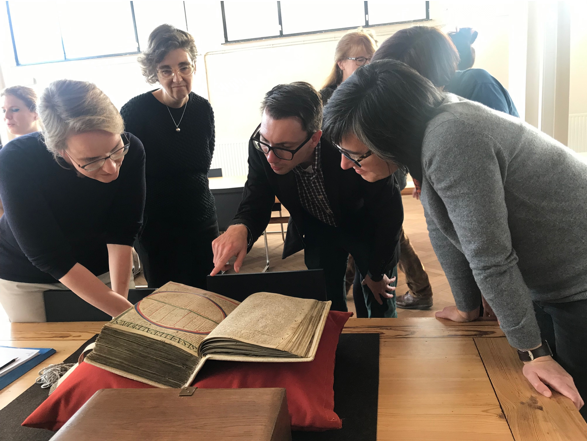 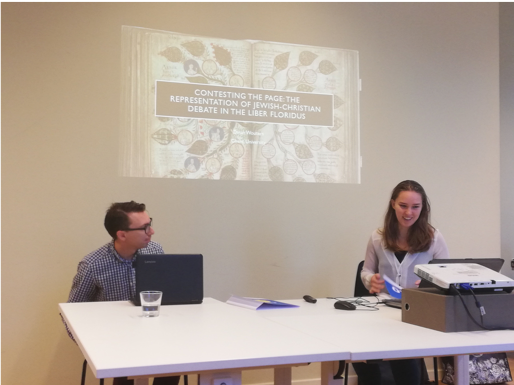 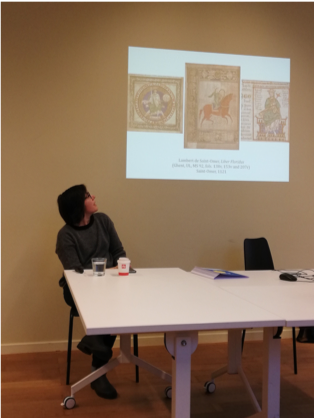