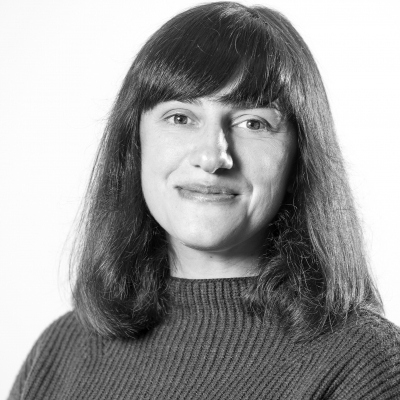 My research project - Eschatological time as women’s time? Gendered temporality and female holiness in Early Christianity and Byzantium - investigates the nexus between time and the construction of the feminine in Late Antique and Byzantine hagiographical discourses. By looking both at ways time is experienced through the body and construed by society and religion, this research engages with a highly debated problem in Byzantine studies: why did female saints progressively disappear over the Byzantine millennium? I contend that his trajectory has to be understood against the eschatological expectations shaping early Christian ideals of female holiness. In 2nd and 3rd century Christianity the impending end of times subsumed any other temporality. Being dominated by an eschatological perspective, Christian teleological linearity entails a paradox: the end of times is situated outside history, is excluded from the rhythm regulating social life, and Early Christian ideals of female sainthood and piety are to be read against this background. The rupture entailed by eschatological time brings about a negation of women’s functions within the patriarchal structures of ancient society and it reorients social relationships and their discursive practices within the perspective of the end of times. Women’s traditional life-rhythms are thus replaced by a new subversive trajectory. This trajectory, however, just as the eschatological end-point, is meaningful only if projected outside history. This is the background against which narrative patterns characterizing female sainthood develop and crystallize, becoming then viable models for later hagiographical writings. This proposal argues that the spread of these narrative models was facilitated by the ongoing success of apocalyptic literature in the early Byzantine period. However, the apocalyptic genre declined after the 9th century. At the same time, new notions of secular temporalities, emphasizing linear progression within history, emerged. In the same period family became more and more important in Byzantium, with a shift in the role of women. Women acquired a more active role within the time of history, with female ‘symbols of continuity’ being structural to perpetuating memory and the social order. The combination of these factors - decline of apocalypticism and increased women’s social agency – made the canonical models of female holiness less viable, but also hard to dismiss altogether, given the ongoing success of the cults (and narratives) that had generated them. By examining narrative texts (vitae, passions, acts, visions) about female saints from the 2nd to the 13th century, this project addresses a theoretical shift in hagiography determined by processes of ‘domestication’ of the eschatological radicalism and by the turn from apocalypticism to a restored notion of historical time.